So many studies have demonstrated that smoking is a risk factor for dementia*1. The papers funded by tobacco companies have raised questions about the relationship between smoking and neurological disease. Meanwhile, The meta-analysis study*2, which excluded papers by researchers with some connection to the tobacco industry, analyzed smoking as a risk factor for dementia.

In contrast there are not yet many studies on the relationship between passive smoking and dementia.

In 2009, a study published in the British Medical Journal showed that tobacco from the British Health Survey 489 people (average age 65) who did not smoke participated in the study*3. The researchers looked at cotinine (a metabolite of nicotine and a biomarker of passive smoking) in the participants’ saliva to investigate the relationship between passive smoking and dementia. They suggested that the rate of dementia was likely to be higher in a concentration-dependent of cotinine. The results were the same for both never smokers and past smokers.

In 2013, the same BMJ publication, Occupational & Environmental Medicine in the online edition, a study conducted the survey between 2007 and 2009, 5,921 people aged 60 years and older participated in the interviewing in China*4. The study compared passive smoking and the degree of symptoms of dementia (on a scale of five). This study suggested that passive smoking may be a possible risk factor for severe dementia.

The causal relationship between passive smoking and dementia is not clearly understood yet*5. However, the evidences and the studies on this thema are slowly emerging.

For example, a U.S. study compared Urinary 1-Hydroxypyrene such as Benzo[a]pyrene, Anthracene, Acenaphthene which is also found in the Heated Tobacco that is the biomarker for Polycyclic Aromatic Hydrocarbon(PAH) and degree of cognitive functioning (digit symbol replacement test, DSST)*6. Researchers found that Urinary 1-Hydroxypyrene increased by 1%, increased exposure to polyaromatic hydrocarbons, leads to lower cognitive function and a DSST test result decreased by about 1.8%. PAH is the substance include in cigarette smoke. This study suggested the link between PAH and deteriorating air quality including from passive smoking, and dementia.

According to the World Health Organization (WHO), 14% of Alzheimer’s disease cases in the world are caused by tobacco. The risk of cardiovascular disease from passive smoking is known to be as high as that of active smoking. Considering the physiological effects, it is clear that passive smoking effect the impact on dementia risk.

※1-1：A Ott, et al., “Smoking and risk of dementia and Alzheimer’s disease in a population-based cohort study: the Rotterdam Study.” THE LANCET, Vol.351, 1998

※6：Elizabeth A. Best, et al., “Biomarkers of Exposure to Polycyclic Aromatic Hydrocarbons and Cognitive Function among Elderly in the United States (National Health and Nutrition Examination Survey: 2001-2002).” PLOS ONE, doi.org/10.1371/journal.pone.0147632, 2016 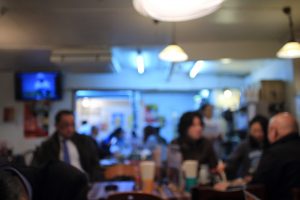 新型コロナ感染症：安倍政権の対応を「採点」してみよう：COVID-19：Let’s “grade” the policies of the Abe administration.

極北の珍獣「イッカク」の角は何のためにあるのか：What are The narwhal horns for? 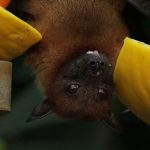 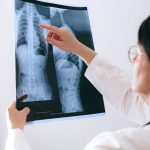 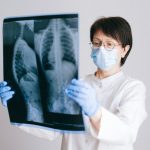 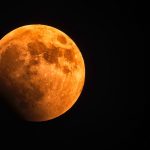 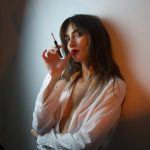 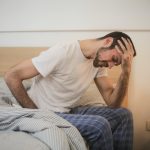 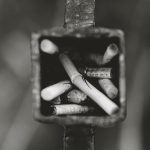 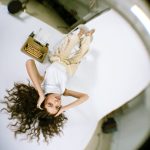 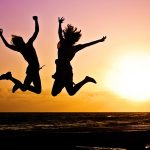 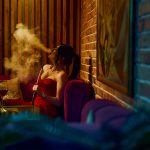